My house is a little (1,100 square foot) cottage that started life on one of the ranchos of old San Juan Capistrano. 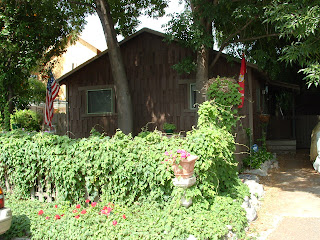 Some say it may have been a bunkhouse on the ranch – no one is really sure just what it was used for.  I like to imagine it was used by an artist as a little art studio.  A lot of the California Impressionists used to stay at the local ranches and paint on location.  But I digress …  It was owned by the Ross Family and in 1931, David and Iza Ross had the little house moved to its current location a couple of blocks away from the historic San Juan Capistrano Mission.

I believe the house was just over 700 square feet originally, but a back, shed-roof addition was added, maybe after it was moved in 1931.  The house was originally single-wall construction with dark brown stained shingles. 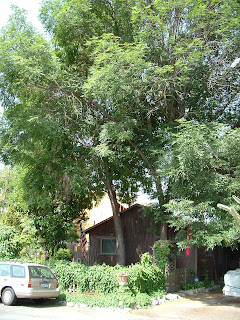 Unfortunately, when we bought it in 2000, it had been painted bright yellow and most of the original doors and windows had been removed, probably because one of the owners decided to build up the thin outside walls with 2x4s and put insulation in between and when the wall more than doubled in size, I suppose the old windows wouldn’t fit anymore – or maybe they had deteriorated to such a degree, that they just didn’t want to deal with them.  Whatever the case, the challenge now is to put back in period-appropriate windows and doors, old lighting and about a million other things. 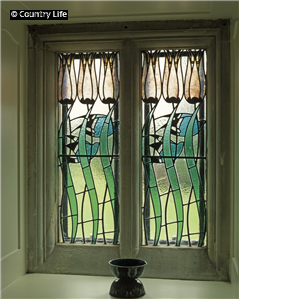 As an artist, I’m a big fan of the early Arts & Crafts/Art Nouveau ideas and in the tradition of Bailley Scott, Voysey and Mackintosh, my desire is to make my little cottage a “House Beautiful.”  I plan on keeping the outside as original as possible, but want to make the inside into a little jewel box of early 20th Century ornament and design.  This blog will not only show the restoration work involved, but will follow the journey of my little “Artistic House.” 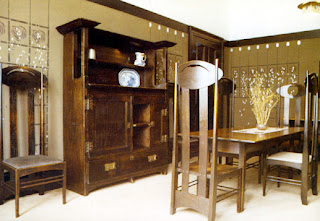 Posted by Diane Irvine Armitage at 11:17 AM 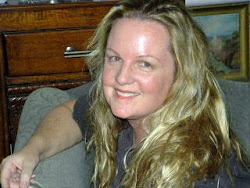 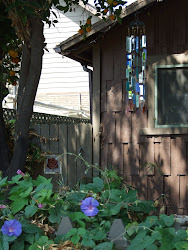 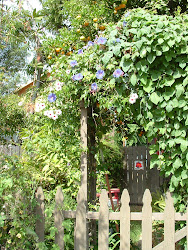 My Favorite House and Garden Blogs